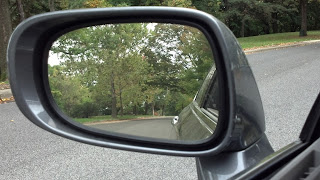 2013 is almost behind us and as another anniversary for Ancestry Sisters approaches, we look back at some of our most interesting research, which includes multiple divorces with named accomplices; a child given up for adoption only to be given back when the parents were re-married; murder; suicide; orphaned children and more. One of these is even a story involving our own family.  A story we have been working on for many years, even before Ancestry Sisters was formed.  It’s one of the reasons we now do this full time.

Once upon a time, way back in the late 1800’s, there lived a young woman who took several different partners to her married bed.  Upon discovering her with her friend, her husband divorced her and named her friend in a divorce suit.  Not once, but twice he divorced her, naming 2 different friends.  The divorce decree(s) reads like a soap opera!  Who knew that way back when, a friend could be named in a divorce suit?  The wronged husband was given custody of the minor child, only to then give this child up for adoption.  But, when the couple eventually got back together after the 2 divorces (was he forgiving or what?!),  they petitioned the Court that the minor child be given back to them….and that child was returned to its biological parents. Happy ending?  You decide.  In the meantime, another child was born to this woman, but whom this child belongs to, is anyone’s guess.  Oh, and by the way, the couple did not stay together.
This does not mean we are ever giving up on finding the true identity of this 2nd child.  The search continues…..

One late summer night on a rural road in the late 1800’s, a distraught husband allegedly killed his wife.  When discovered by the authorities a few days later, he stole the gun from the Sheriff and killed himself.  Here begins the story of 3 young, orphaned children.

A young couple from the Midwest heads West during the California gold rush.  Gold wasn’t lucky for them, but real estate was and the family was able to buy several lots in a city where downtown real estate was important.  So important in fact, that their child was allegedly kidnapped and murdered, as protest against this successful family.  This particular family kept us busy researching for the better part of 6 months and we learned so much.

Everyone has heard this one….the story of how the woman you thought was your grouchy Great Aunt, was really your grouchy Great Grandmother.  We researched and verified several of these, and almost learned a foreign language in the process.

Our research took us to Ireland last year and among the interesting research we discovered, was that our clients’ great grandparents were cousins and had to get special dispensation from the Catholic Church in order to marry.  Thankfully, our client took the news very well!

This year alone, we conducted research in more than 20 of the lower 48 United States; in hundreds of counties; in 2 Canadian provinces; in Australia and in 5 European countries.  We viewed close to 250 films both locally and in Salt Lake City.  We attended classes, seminars and even a convention.  We put more than 750  miles on our cars in search of answers for our clients, by visiting libraries, cemeteries, courthouses and genealogical societies, just to name a few places.  We sent over 1,500 emails, made countless phone calls participated in conference calls, learned to use a hand held voice recorder, and along the way we made some remarkable friendships from literally all over the world.  We can practically apply for DAR and Mayflower society memberships in our sleep, and at one point, knew more about the state of Virginia than we did about our own home state.

Try not to be afraid to dig into your family’s past.  We have as much drama and dirty laundry as anybody else.  It simply makes up our family quilt.

We are looking forward to what’s coming next………

Posted by Ancestry Sisters No comments: